Cisco on Monday launched a compact set of Catalyst switches designed to cut out wireless clutter in remote offices, kiosks, point-of-sale areas and other tight spots.

The Catalyst 3560-C and 2960-C Compact Series Switches are being introduced as the National Retail Federation annual conference kicks off in New York. Cisco said that the switches apply to retail, but can work for a bevy of other verticals. 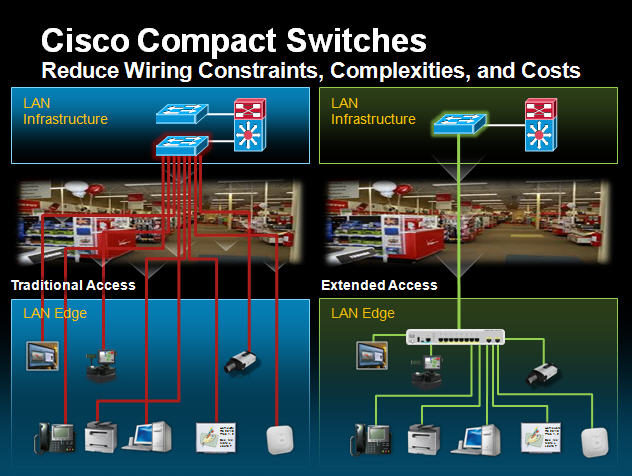 Among the key details: 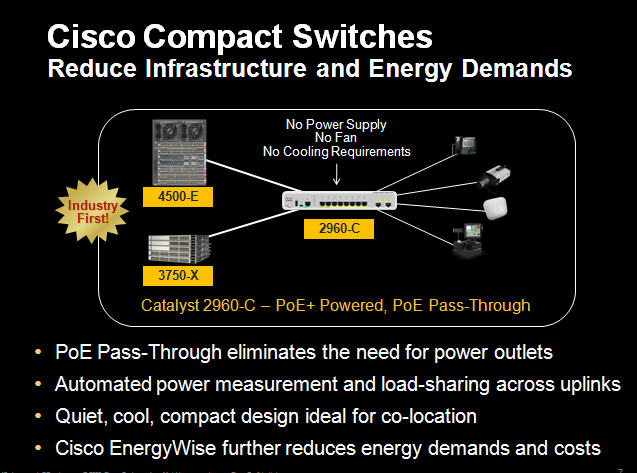 As for the competition, Soderbery noted that Cisco is going to compete with smaller vendors ranging from Extreme to the former Nortel. Hewlett-Packard has also been “trying to insert itself into the upgrade cycle,” said Soderbery. “Our strategy is to offer a wide range of price points and offer end-to-end architecture.”